My desire for adventure has called me again. On Saturday I decided it’s time to explore the villages outside Oaxaca. I did not have a clue where I wanted to go first. I let the faith to decide, or to be more accurate the bus. Why the bus?

Like with everything in life there is always a choice. You can go with an organise tour where you do couple villages in one day, or share a taxi with others what is called a collective taxi, or a public bus. The price range is from hundred something pesos for a tour to 6 pesos for a bus. Take a guess which option has appealed to me the most? And it’s not a matter of money. I don’t mind locals to earn on me. It will all come back to me anyway. It’s a matter of adventure plus I have all the time in the world. Here instead of an air-conditioned bus I’ve decided to go back to the central station and to head south with what they call 2-nd class bus.

Let me explain something maybe for locals there is an order in the chaos of the central station. For me, the person from outside, it feels like everything goes, everything is allowed. On the busy street, right next to the market from my previous post the busses are stopping everywhere, collective taxis  are stopping everywhere and you really not quite sure what goes where. The first bus I’ve noticed where I could recognise the name of  a destination was to Arrazola. I must look like I needed one as they stopped just next to me so I’ve jumped in. For only 6 pesos I had a front sit. Thank you! No air-condition was needed as all the windows and doors were opened. Thank you! We had 35 degrees for the last few days so that’s the only way to survive the heat.

The journey was about 30 min I don’t know. I don’t carry a watch with me. As I cannot ask anyone I just observe what is going on. I love this part the most. I love watching people and trying to understand some unwritten rules of the place where I am.  I’d love to know how the bus system works here. I’ve noticed there are always two guys – a driver and a helper, kind of sales person screaming the destination every time he sees people on the street. Talking my old corporate language his job is to increase sales volume and turnover, and by approaching all the people on the sidewalk he organically increases his market share. Simple rules that drives profitability. I’ve also noticed only few designated bus stops on the way. The rule seems to be like with a taxi you wave an arm, or hold up a hand and the bus will stop. If you want to get off a bus you just stand up and he will stop almost straight away. There is no paper tickets. When you get in and pay to a driver or a helper. Some people pay, some don’t. They don’t show any monthly ticket or anything. It looks like if you can afford you pay if you don’t it’s ok. Good to see that there are places where humanity is still more valued than profitability.

The moment you leave Oaxaca it is a different Mexico. I’ve forgotten about it to be honest with you. Oaxaca’s historic downtown where I spend most of my time is the colonial style, beautiful place. I will share some pictures but maybe other time. Outside Oaxaca you can see it is a developing country. The driver has looked after me and when we got to Arrazola he directed me to the main street.

Arrazola is a small town famous for their crafts – the colourful painted wooden figures called  alebrijes. Majority of the town is involved in the business. It turns out when I got there it was really early for Mexican so most of the places where still shout down. There was only one shop open where I’ve managed to take few pictures until I noticed a sign no “no fotografia”. That means the biggest pieces unfortunately could be captured here. After this explosion of colours and shapes I’ve decided to walk around the town to get a feeling of the place. It was so peaceful! I think as a next place to stay I want to choose village. I was brought up in the city, but most of the summers as a kid I spent at my grandma’s in the medium size village/town on the south-east of Poland. Everything here reminds me those summers. The feel of the place not a look, Poland I remember from 80s never looked that poor. Walking around this small town was the same feel, so laid back, no rush, no noise, nothing. Just people in their front yard doing their housework, cooking. I wanted to soak up the atmosphere, so I sat down on the front of the shop and observe the life of locals. There was no tourist as I was couple streets away from all the shops. Some kids  walked by and smile, couple people here and there saying good afternoon. Slow, quiet place…I could sit like this forever… I came back to the town centre to check out few shops, few workshops and admired their craft. Every house seems to be a workshop. It’s like a family business where even kids painting those figures. Really beautiful work of the hands, each figure is individually hand-made and paint, real craft. One good thing about being a traveller is that you don’t buy anything as you don’t want to carry anything. You just admire instead. Inspired by colours I continued with my day..chilling out with a book in the park, sitting with a coffee on the sidewalk like locals, expanding my vocabulary by translating the main sign welcoming to Arrazola. Word by word with a help of dictionary and a stranger seniora who was curious what am I doing  there…Beautiful, peaceful day.

Cannot wait for my next escapade! Craft is the theme of Oaxaca. 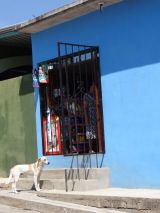 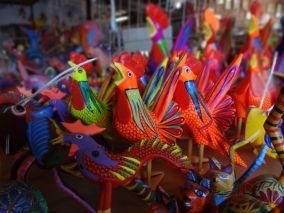 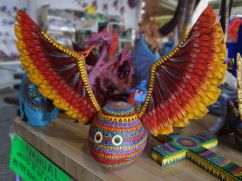 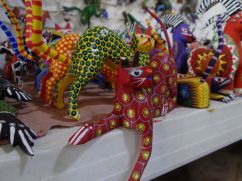 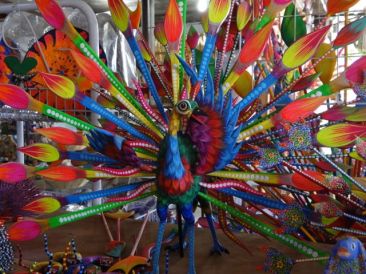 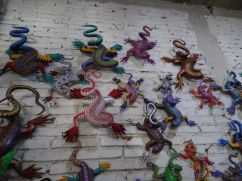 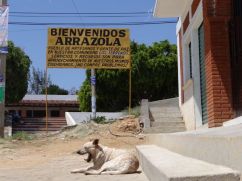 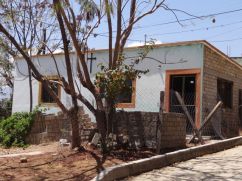 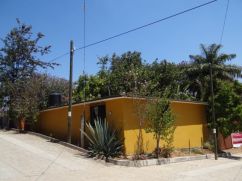 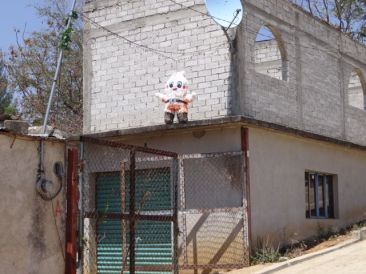 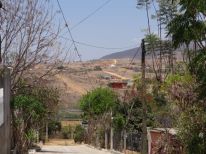 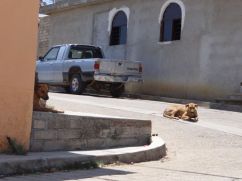 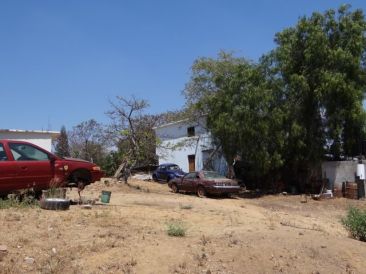 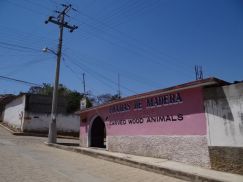 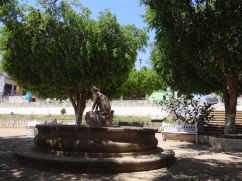 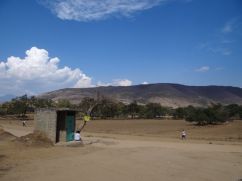