My day trips have quickly become my favourite part of staying in Oaxaca. It feels like each time Im diving into Mexican way of living. I think it’s something about being alone, stranger on the strangers land. They don’t pay too much attention to you, and are just their “normal”.  It’s evening, I just came back. My eyes literally closing, but I have to quickly write it down. If I don’t it will fade away.

Today I’ve chosen Santo Tomás Jalieza to explore first. I was told it is a village famous for their cotton cloths. Traditional Oaxacan’s cloths are really colourful, full of flowers so I was really curious to see them right at the source. Another collectivo taxi ride and 25 km later I was in the middle of nowhere! The taxi dropped me on the main street 1-2km from a centro so not far, but at this point I did not have a clue where I was. I was literally in the place with a field on your right, and a street with just few houses on your left. No sign of any big village in area for sure. I sat down on the sidewalk, got a drink from a stranger (!) and assess my situation. Why did I get a free drink? Today in Oaxaca was Good Samaritan Day. Mexican of course are still very close to their religion. The tradition of this day is based on  the bible when a woman offers water to Jesus. It is a day that celebrates kindness and helping others in need. Today I was enjoying a free “ague de fruta” everywhere! All over the places in Oaxaca and area: churches, schools, businesses, restaurants etc offers free drinks and sometimes ice creams to everyone!  The gentleman in Santo Tomás Jalieza has offered me Jamaica flavour drink which is made with dried hibiscus flowers. Later in the same village some Seniora offered me Chilacayota, which is a type of squash grown in Oaxaca. First it did not look inviting, but tasted really good! Lovely gesture! I really appreciated it. It was a day, but I would like to think everyday is an opportunity to celebrates kindness and helping others in need and…yourself. Small things, matters the most!

When I got to the centro I’ve noticed not cloths but amazing, colourful fabrics. They call it woven fabric. I was taken by surprise, great surprise! There were so many women (I saw only one man) sitting in the shops-workshpos places, or on the market and making fabrics!!! The fabrics were absolutely stunning and the fact they sitting the whole day long, and in a very old fashion way making this little precious things was impressing. I have such a huge respect for a hand work now. What they were using the fabrics for? Mainly for bags, table runners, really anything. I dropped the cloths shops, and with amazement was watching women on the market how quickly they are moving the fingers and creating the magic. This was a craft work. Nice!

I continued with my day by just walking around the village. It’s a small one, so I quickly ended up on a sand road with small farms around me. There was some movement around one house, so me led by my curiosity went there to check out what’s the story about. It turns out that two guys were buying a bull, and the others where selling. The bull was handsome so I’ve asked if I can touch him. They said yes and….you know what has happened? the bull hit me with his horn!!!! Can you imagine!? Bless him, he was probably more scared than me, but still. He hit my left elbow. It’s ok. Apart from a bruise, and a feeling of being rejected by the bull nothing has left! Traumatised by an animal me:)

That was me almost done in the village. I was heading towards the main road when suddenly, completely out of blue a girl voice asked me if I do speak english? At this second an english was like a melody to my ears! Here you go, 3 of them sitting hidden behind of something that supposed to sell sandwiches ( I was hungry by the way!) They were visiting from LA and just learning each other spanish hallelujah! She was 10 and quickly taught me few words. It was very a nice surprise.

By the way on the way to Santo Tomás Jalieza I was sharing a taxi with 5 women. Two known each other and gosh they talked!!!! The whole journey! the thing was I straight away noticed it is not spanish. There was couple sounds like polish sz, cz letters. It was Zapotec! Mexico  has about 60 indigenous languages, not dialects but languages that people are still using on a daily basis. The number continues to decline, but me being here only 3 weeks have heard many time how important it is now to keep those languages alive. Yes, please! don’t lose it Mexico

As it was fairly early I’ve decided to visit another village just couple kilometres from there  – San Martin Tilcajete. I’ve used a new mode of transport to get to that town actually – a motor taxi! ha ha this little thing can go fast! We ended up on an express road, and few minutes later I was there. I mean I noticed a restaurant next to the main road and as I was hungry I asked the driver to stop. It’s pointless to even mention the food at this point. It was bland and expensive. Typical tourist trap but…like in life a slip up lead you to a good stuff. I met a wonderful couple.

They had a shop/workshop just opposite this restaurant on the way to the village. She approached me with a perfect english! Again! Airin that’s her name was born in US, but followed her heart and the man of her life and moved with him to San Martin Tilcajete. What a wonderful couple! His name is Benito Fabian Ortega He carves, she paints! Match made in heaven:) They showed me the pictures of their famous pieces. They took time to show me around, explain their work and just talk. Very kind people met on a day of kindness. I enjoyed their company a lot!

What San Martin Tilcajete is known for? For the wood carvings. Do you remember my Arrozola post? Well, for me at first both crafts looked the same, but locals claim there is big difference! apparently the way the wood is craved, the painting technic, the colours and patterns they use to paint those figures. Arozzola are bright, zopotec patterns. San Martin are more natural colours, even one colour work with whatever pattern you feel like. After visiting couple workshops in San Martin I could start to see the difference. I will let you see yourself and decide.

Here you go, my pictures from this kind day! 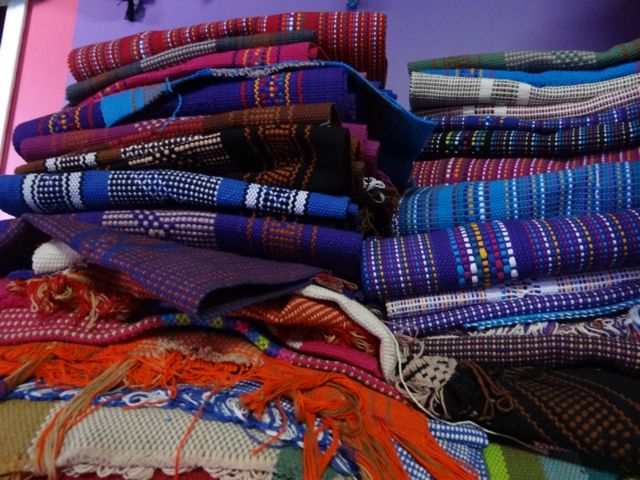 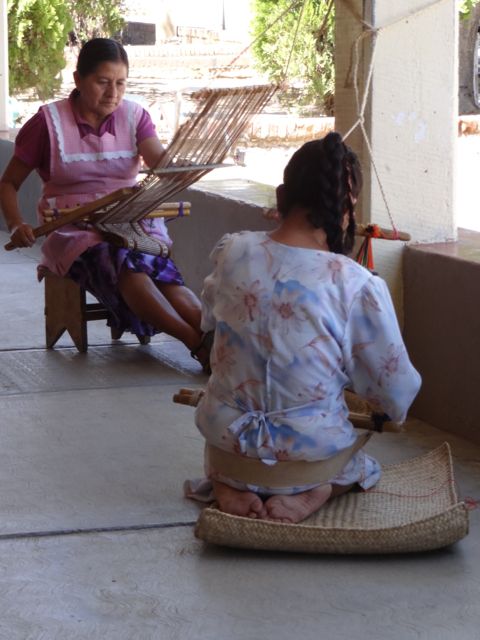 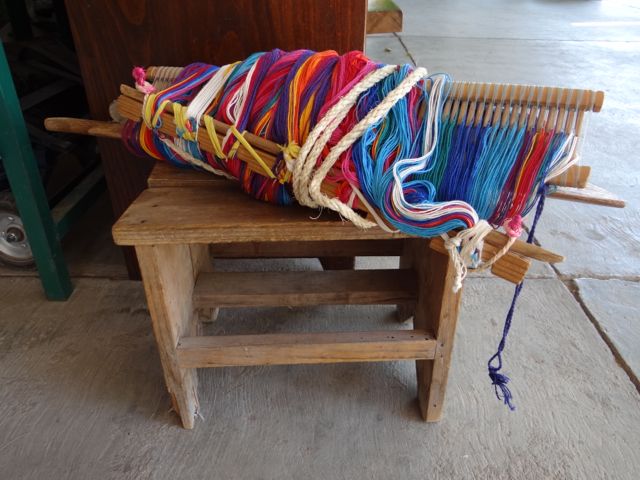 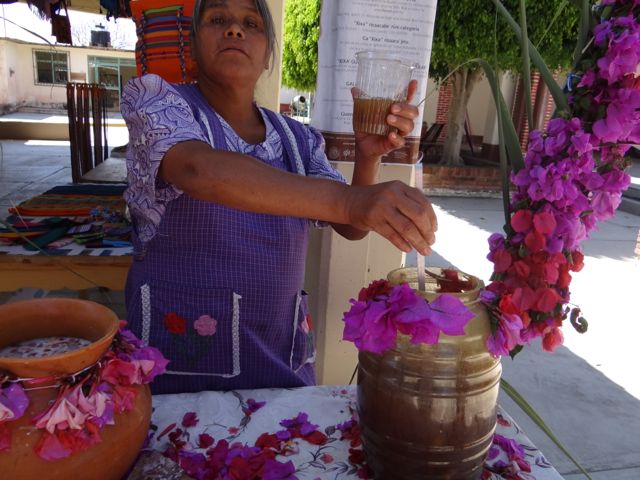 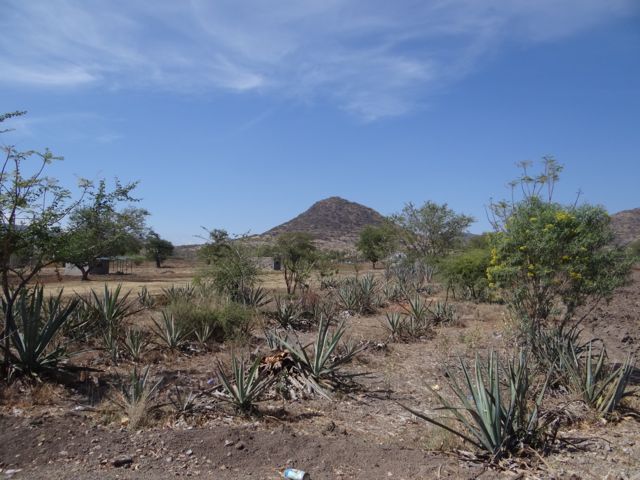 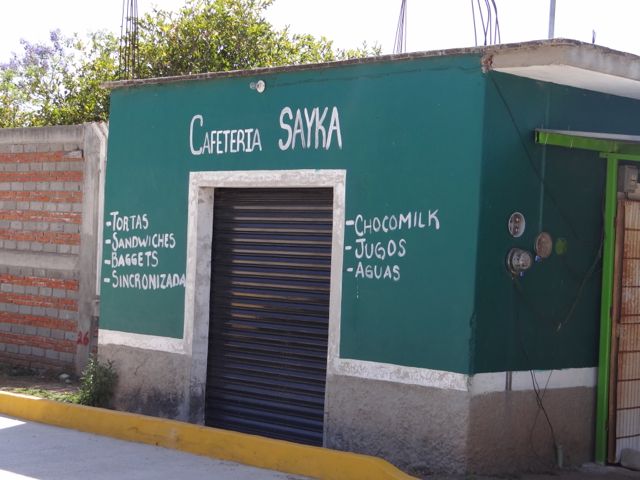 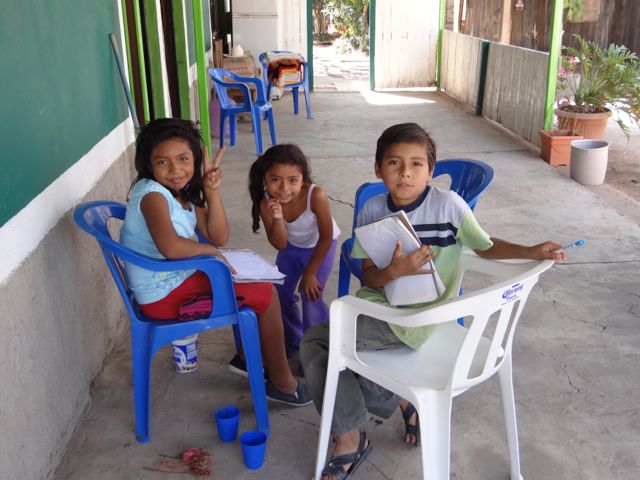 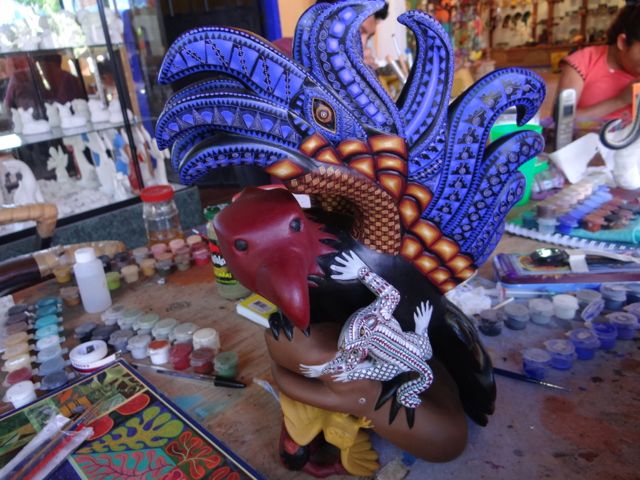 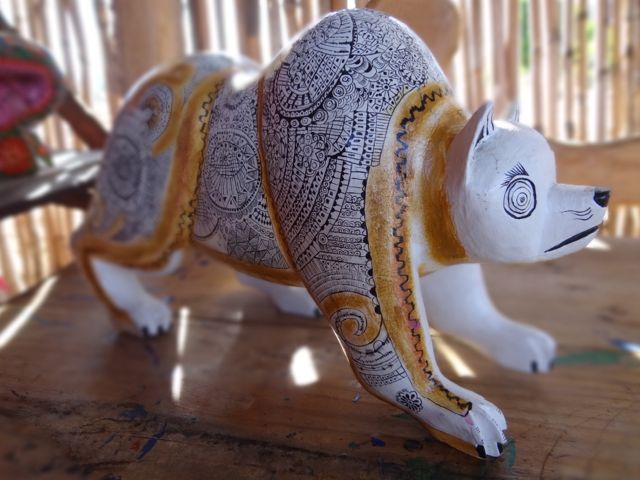 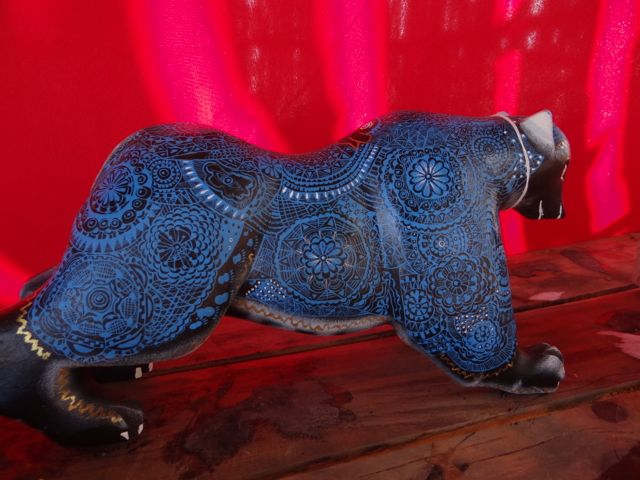 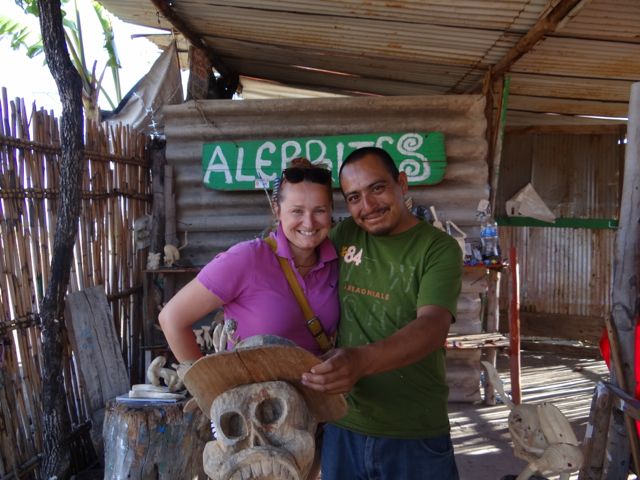 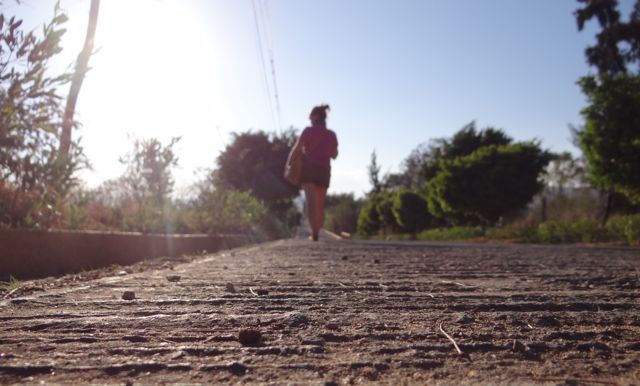 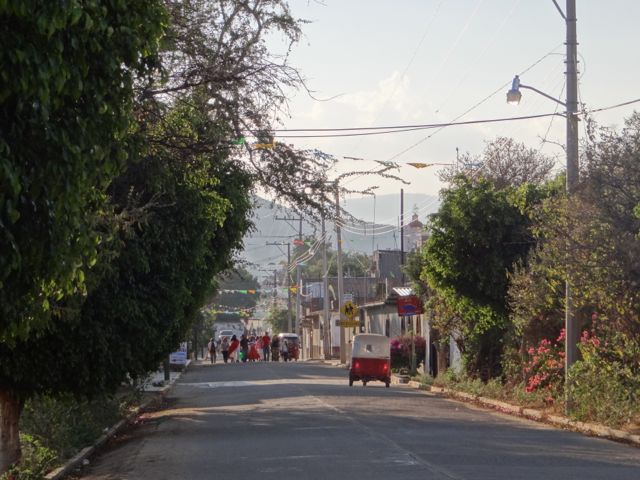 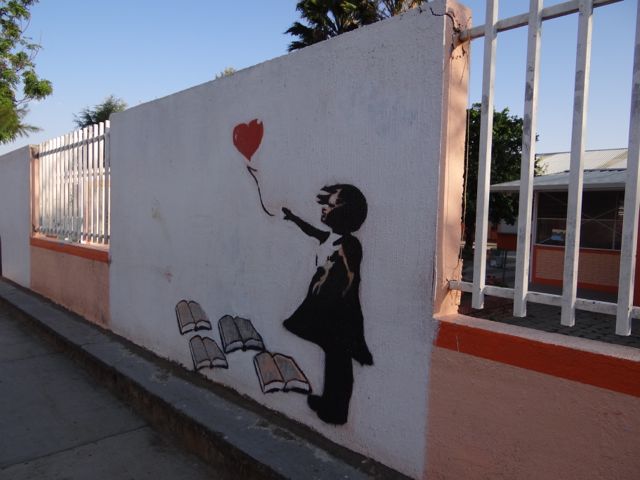 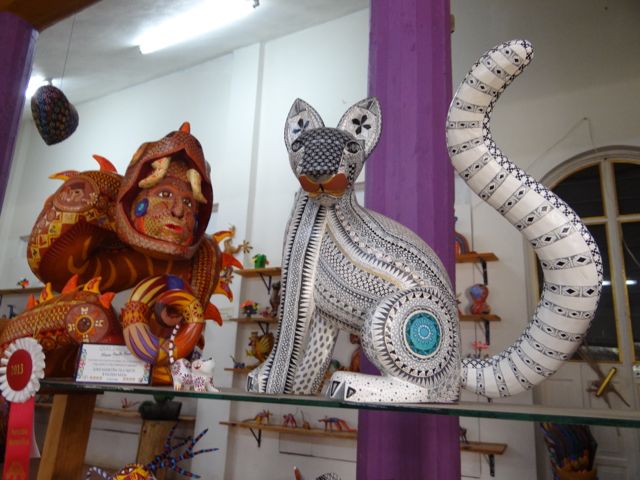 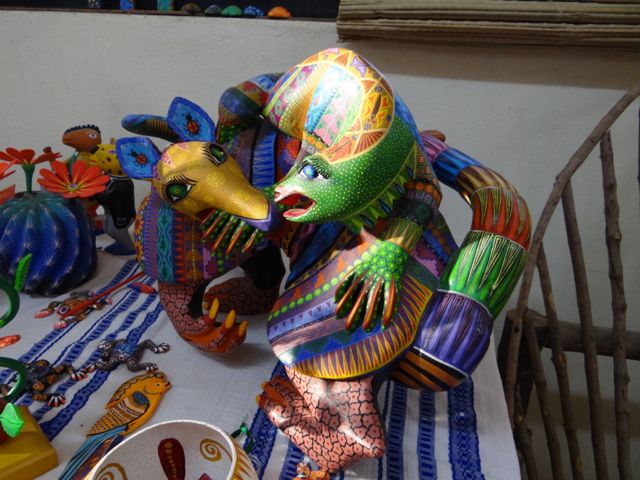 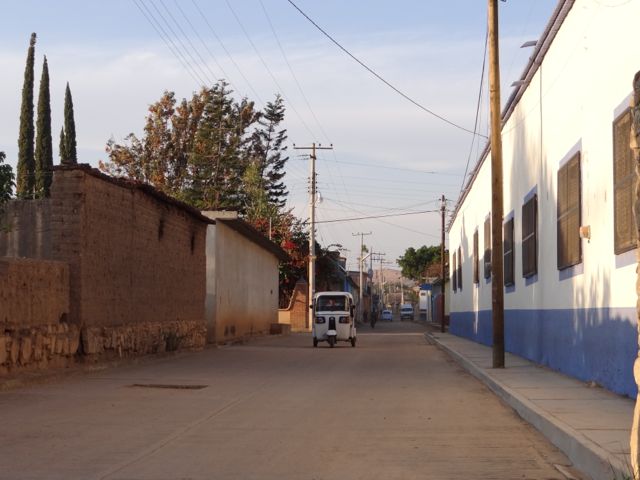 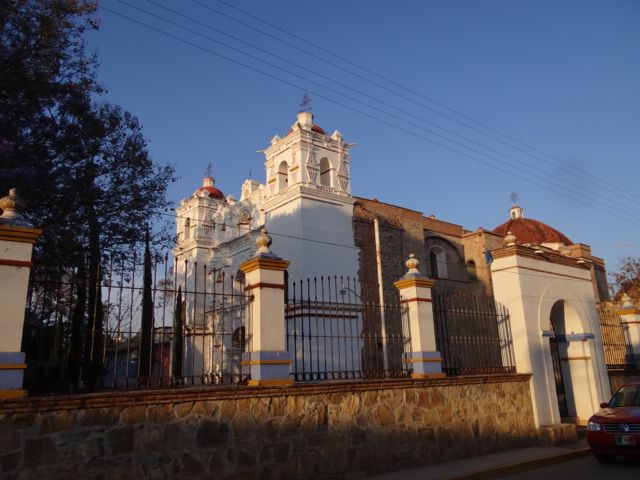 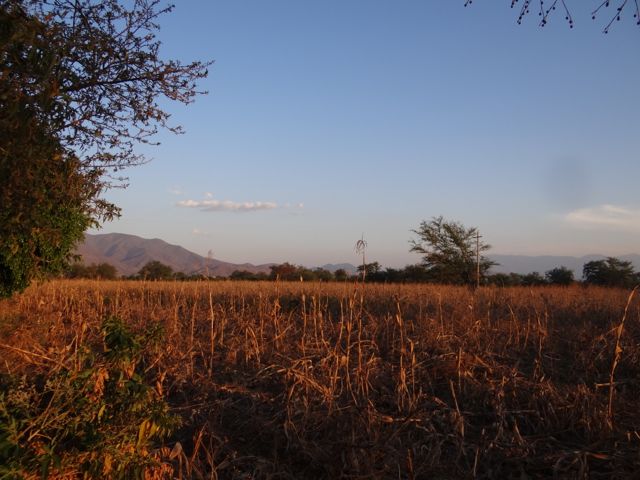 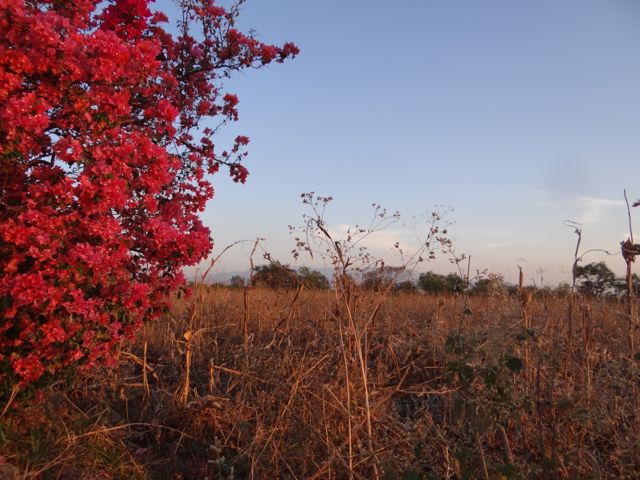 2 thoughts on “My day trip”